Sure, the reply “it be like dat sometimes” upon hearing about your friend’s broken leg might render you an articulate speaker of internet language and help you enter the ranks of ‘woke’ meme followers, but where do these phrases come from? And should you be using them at all?

Memes can be funny, indeed, but they can also contribute towards the negative views of Black English (also called African American Vernacular English, or AAVE) – the dialect spoken by most black people in the United States. From Sweet Brown’s quote “Ain’t nobody got time for that” to Oscar Gamble’s “They don’t think it be like it is, but it do,” speech by AAVE speakers has been taken away from them and put in a contextless format (in this case, memes) for humor. It’s no surprise, as a result, that we do not know the AAVE origins of these quotes and their implications. I thereby argue for a more careful use of memes featuring black people as it discredits AAVE and reinforces the racial hierarchy online. 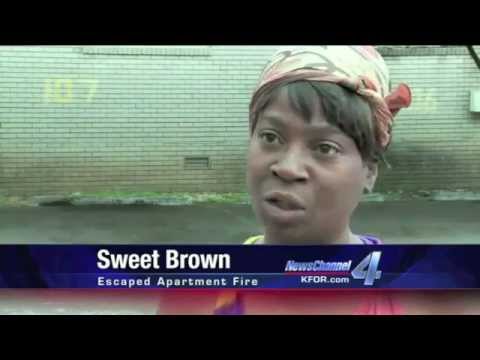 First, the memeification of these quotes discredits the legitimacy of AAVE and subjects it to humor. Sweet Brown’s meme became popular not because people were laughing at the circumstances (in the interview where this image was taken from, Sweet Brown was merely having an interview about the fire that broke out in her apartment complex). Instead, people were laughing at her language because of how different it is from Standard American English; they perceived her language as ignorance for their own amusement. Unfortunately, memes do not allow people to see past her language in the interview. Brown was answering the interview bluntly and passionately, with a southern accent and a language that her communities have given her. To laugh at her language, therefore, is to laugh at the AAVE community. To laugh at her language and the language of many other Black people who are quoted online daily is to treat AAVE as a humorous and trivial language.

In addition to this discrediting, the memeification also perpetuates the racial hierarchy online. What does it mean when people of other races can mimic AAVE for some meme entertainment? What does it mean when a white person can talk ‘Black’ and play ‘Black’, and then step back to their white-ness in real life, avoiding all the struggles of a Black person? There is clearly a double standard: for a Black person, mimicking a white person’s speech on the internet would not make the real-life struggles disappear. The caricature of a Black person’s speech by other people on the Internet, therefore, reinforces the racial hierarchy that there is a community whose language we Internet users can make fun of without any real consequences. It is time that we realized the internet is not a safe haven where there are no consequences; it is real life with real consequences for other people.

Here, I am not advocating for the eradication of memes simply because the problem does not lie in the meme subculture itself, but rather, in institutionalized oppression towards Black people: they are deemed unintelligent, they live below the poverty line, and their language is not taken seriously. This oppression is even amplified when the language of Black people is mocked and trivialized by mainstream culture (i.e. white people). I therefore urge everyone to be more cognizant of what we share online so as not to contribute to the negative views towards Black people and AAVE.