Light and Sound in "The Imitation Game"

The Imitation Game, directed by Morten Tyldum, is a historical drama thriller film set in the World War II. In this movie, Alan Turing (played by Benedict Cumberbatch), the genius mathematician, managed to crack the Enigma, which is a decoding device used by the Nazis, thereby thwarting Nazi attacks and saving millions of lives. Great as he was, Alan’s homosexuality alongside his homosexual relationship with his childhood friend Christopher were discovered. As a result, Alan was forced to undergo chemical castration so he can continue his work.

In the last scene of The Imitation Game, after being visited by his ex-wife, Alan was sitting next to his desk and contemplating, physically and mentally deteriorated. The use of lighting and sound in this scene play instrumental roles in depicting the conflicts of Alan as well as eulogizing the death of the great mathematician Alan Turing. 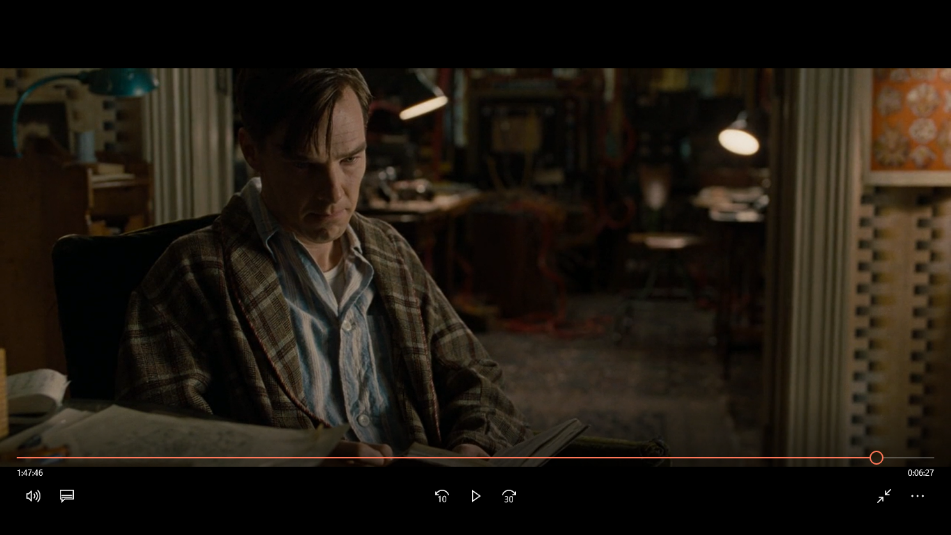 First, the light used in The Imitation Game’s last scene clearly helps illustrate the conflicts inside Alan. At 1:47:46, the contrast between light and dark can clearly be seen. Half of Alan’s face is covered in darkness, while the other half is lit up. This use of light represents the contrast between the dark and the light thoughts going through his head. Even though one half is lit, that half is lit in a dim light, and it looks as if the darkness is slowly developing and overtaking the light side, which suggests that Alan is similarly slowly being consumed by his dark thoughts.

Besides the contrast between light and dark on Alan’s face, the masterful use of light can also be seen at 1:48:12, when Alan is looking into his workroom where Christopher photograph is placed. 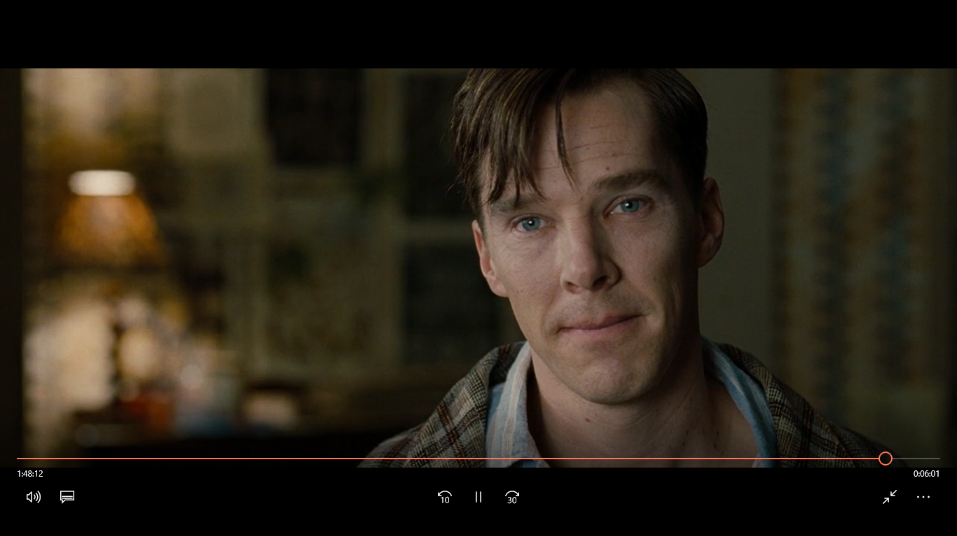 In this frame, although the room in front of Alan is mostly dark, his face is lit up. This represents the solace that Alan feels when he is with Christopher as well as the joy that Christopher brings Alan when he is at his lowest. But this joy is brief. At 1:48:18, Alan turns the light off, accepting Christopher’s fate. At this point Alan is in the light, but Christopher is in the dark, which is a metaphor for Alan’s still being alive and Christopher being dead. Alan’s receding into the dark represents his joining Christopher and escaping the entrapment due to his homosexuality. This shot foreshadows Alan’s death, which will be confirmed in the later part of the scene. 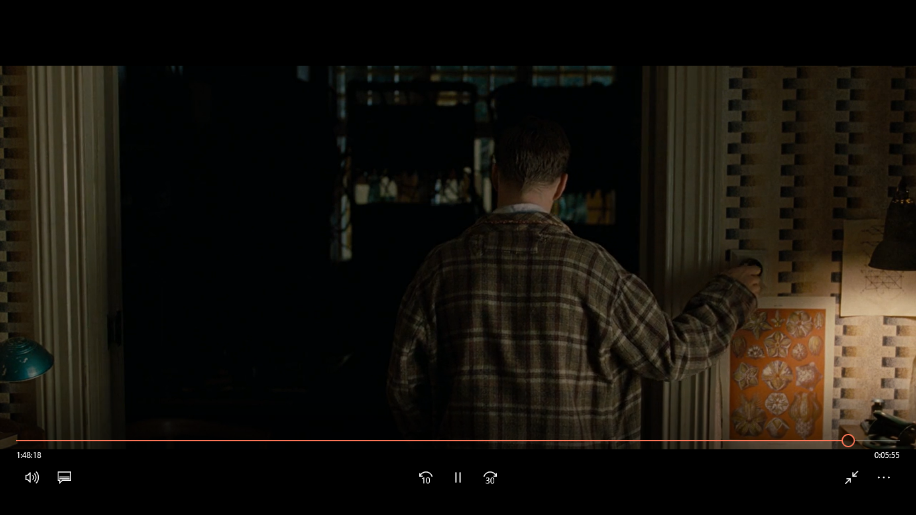 In addition to light, the use of sound in the last scene of The Imitation Game also helps convey the miserable life of Alan and the homage of directors paid to this unfortunate genius. Throughout the scene, there is no trace of human voice; the only diegetic sound viewers can manage to here is the sound of turning off the electric contact. This silence certainly conveys a sense of uneasiness to viewers, especially Western viewers who place a high emphasis on dialogue. Furthermore, the silence of the room also conveys the loneliness of Alan and the helplessness of the situation that he is in, in which no one, not his ex-wife, and not even himself, can say anything to alleviate his sufferings. Alan’s inability to speak may also be read as the loss of identity. He devotes his whole life contributing to science yet gets stripped off all titles; he devotes his whole life loving a person yet loses him. These moments already mark the death inside Alan. And as dead men tell no tales, Alan adopts silence as meaninglessness adopts his life. 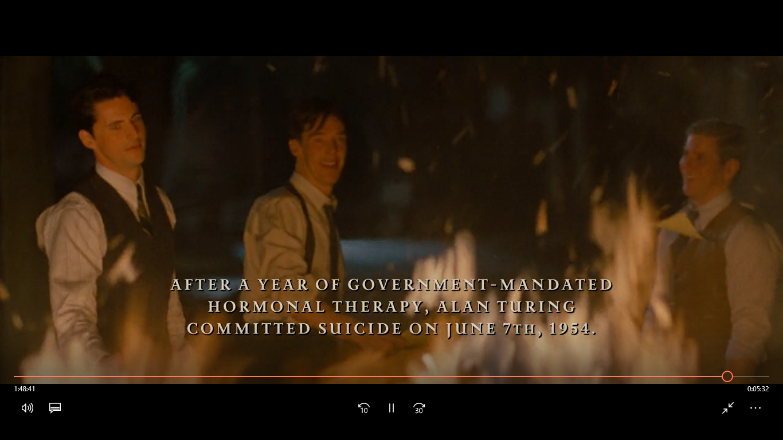 The second part of the scene shows footage of him and his teammates happily burning all the paperwork relating to the cracking of the Enigma. There is still no human voice but just music playing in the background. Then the subtitle says “After a year of government-mandated hormonal therapy, Alan Turing committed suicide on June 7, 1954,” confirming his death. Preceded by Alan’s miserable life showing, the silence of everyone, coupled with the sad music alongside the subtitle, bears striking resemblance to the procedures of the funeral, in which first people mourn in silence, and then one person approach the podium to remind everyone of the deceased’s happiest moment and wish him a heavenly afterlife. The fire in this scene is the fire of happiness which burns all the paperwork leading to his miserable life, and the fire of cremation which frees him of his entrapped life.

In conclusion, the last scene of The Imitation Game features the masterful use of light and sound to illustrate the main protagonist’s sufferings and pay tribute to his achievements. This scene enables viewers to probe into the life of this great mathematician Alan Turing as well as into the lives of homosexual British men immediately after the World War II.